On Wednesay, July 30th, I was sitting the Salon de Thé restaurant in Garoua waiting for lunch to be served with three other Volunteers when my phone rang. Our DPT’s name appeared on the screen, and I knew that that was it – that was “the call.” The Embassy has their security meetings on Wednesday mornings, and this time they had made the decision.

The previous Sunday, July 27th, there had been a high-profile attack by Boko Haram in the Far North village of Kolofata. In addition to killing at least 14 people, they succeeded in kidnapping the wife of Cameroon’s Vice Prime Minister, who was back in his hometown to celebrate the end of Ramadan, as well as the local Lamido, the traditional Muslim religious leader.

So we passed the phone around and all heard the news: the North Region would be closed, and we would have until the 11th to pack up our houses, say our goodbyes, and leave our posts. Then, after a few days consolidated in Garoua, the North Volunteers would load their things onto a bus and say a final goodbye to the region.

Fortunately for me, I had been mentally preparing myself to leave soon, anyway, and this was only moving things up by about two weeks, but I still found the actual process to be an emotional one. The day after getting the news I found myself awake in bed at 3 a.m. thinking about the things I would need to start doing once I got back to post that day.

Most of the people I care most about at post have been out of town for the summer. Arielle, my favorite teenage neighbor, has been down in the South with her family during the school break, so I’ve just been talking to her over the phone. And when we never heard about funding for a summer program from the mayor’s office, Théo decided to take a break and spend the summer in Garoua until the academic year started up again, so I only saw him one day out of my last week at post. 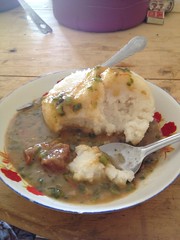 I mostly ended up spending time with Barthelemey, my domestique, who made my life so much easier during that last week. He helped me find buyers for the things I was trying to sell, he helped clean out my house, he brought me food on my last full day at post so I wouldn’t have to worry about cooking, and he even came with me part of the way to Garoua to help out. I’m not one for drawn out and emotional goodbyes (in general I’d rather just avoid that part of things), and I avoided tears, but he was definitely the hardest person to say goodbye to, knowing that I will probably never see him again. I gave him a decent final bonus, too, but I also worry about him knowing that we will no longer reliably be paid every month.

Then there was one other thing that made leaving a bit more difficult on a non-emotional level: when I went back to post to pack up my life, I was already on a moto from the main road to my post when the driver casually mentioned that the bridge had fallen. What? I asked. What are we going to do? We are going to traverse it, he said. And when we got there, traverse it we did. The bridge was in fact completely down, and the river completely impassable by car, so instead I waded through knee-high water, while moto driver put my backpack on his back… and carefully drove through the river. 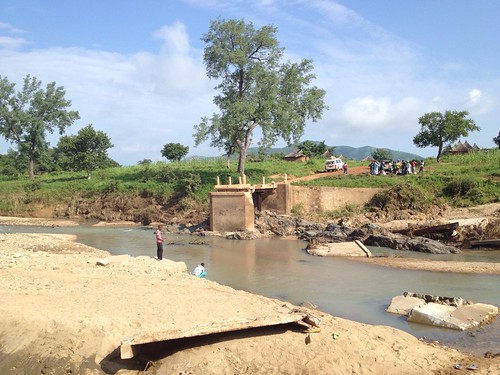 What used to be a bridge.

For moving day I ended up having to schedule two cars to carry my stuff – one to get me and my things from my post to the bridge, and another to meet me on the other side and bring me the rest of the way to Garoua. I had been anticipating having to pay men hanging out by the bridge to carry all of my luggage across the water, but then Barthelemey insisted on coming with me and doing it himself. Fortunately it hadn’t rained very hard in several days, so the water only came to mid-calf. 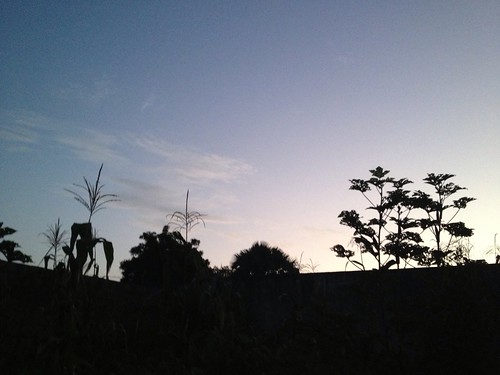 Waiting for the sun to rise on the last morning at post.

And then it was goodbye, not just to Barthelemey but to the place that had been my home for almost two years.