After two weeks milling about in Yaoundé, as well as a good deal of paperwork and a few medical appointments (I have no cavities, stomach parasites, or tuberculosis) it’s official: I am no longer a Peace Corps Volunteer.

The three of us who were having our Close of Service in the same week were all pretty ambivalent about the idea of a whole big ceremony, but after a couple days of equivocating, the matter ended up being decided for us. The new Ambassador was visiting the building on Thursday, and the trainers were preparing for the new trainees that would be arriving the next week, so there was neither the time nor the space. We did away with the whole to-do with the speeches and banging on a gong, and instead just received our pins and certificates, took a few pictures, and started calling ourselves Returned Peace Corps Volunteers. And that was that.

To celebrate, my friend Kevin and I splurged and split the cost of two nights at the Yaoundé Hilton, where we laid out by the pool, took advantage of the Jacuzzi, went out for nice meals, and generally lived it up like the grands we aren’t.

Then, Sunday morning, I was on a bus at 6:30 am, on my way to Douala, where I got on a plane to Addis Ababa, and then another one to Zanzibar.

And on Monday morning, I found myself in paradise. 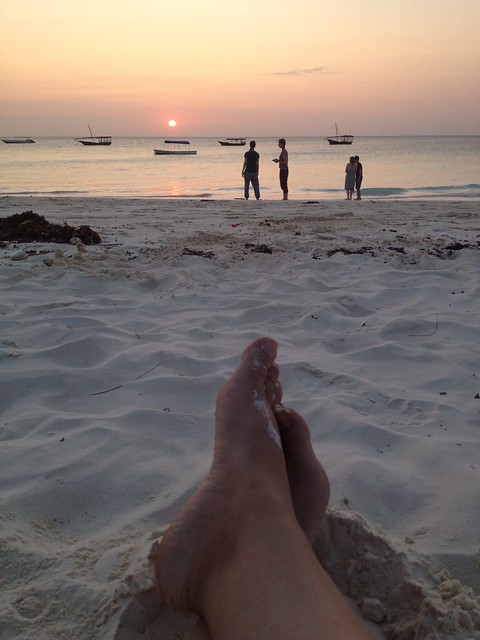 One thought on “On to the next Adventure”